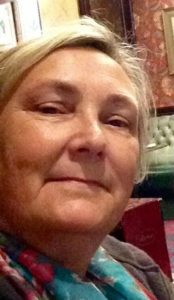 Robin Harragin Hussey's main research topic is church history, in particular 19th century and the spread  of Christian Science beyond the USA.  She has an MTH from Kings College, London.  Much of her early postgraduate research was undertaken at Bath Spa University.  Currently she is the Christian Science Committee on Publication, which is the media and legislative liaison for UK and Ireland. Publications include co-authored article Christian Scientists: Has-Beens or 21Century Spiritual Pioneers? in Visioning New and Minority Religions: Projecting the Future ed. Eugene V. Gallagher (Routledge Inform Series 2017); article The Impact of Christian Science on Political Women in Twentieth Century in Acta Comparanda, Subsdia ll, (FVG, Antwerpen-Wilrijke, June 2015); conference paper The response of Christian Science to the revolution in medicine at CESNUR 2015 (http://www.cesnur.org/2015/tallin-cyberpro.htm).

The Essential and Complex Relationship of Religion and Media

The use of new digital media may sometimes be clumsy, not well understood, and subject to failure at times, writes Robin Harragin Hussey, but it is the current and future manifestation of the way many religions and religious people want to share and make themselves known.

Healing and higher power: a response to Dr Wendy Dossett

While those that reject the concept of God can never associate the “higher power” with the divine, it is obviously still appropriate to explore whether a metaphysical force might lay behind it power and, if so, what it might be. After all the origins of Alcoholics Anonymous, founded in the late 1930s, are undeniably Christian.