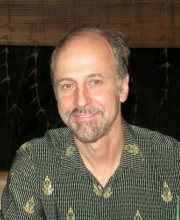 Robert Hefner is Professor of Cultural Anthropology at Boston University and former Director of the Institute on Culture, Religion, and World Affairs (CURA). Prof. Hefner is an anthropologist long involved in the study of Muslim Southeast Asia, more specifically Muslim politics, ethics, and law, as well as an interdisciplinary scholar and comparativist who carried out research on Christianity, Hinduism, and political secularism. He directed over a dozen research projects and among his numerous publications figure Civil Islam: Muslims and Democratization in Indonesia (2000), Making Modern Muslims: The Politics of Islamic Education in Southeast Asia (2009) and most recently Sharia Law and Modern Muslim Ethics, published last year.