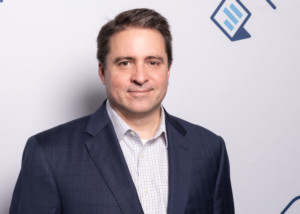 Robert P. Jones is the founding CEO of PRRI and a leading scholar and commentator on religion, culture, and politics. He is the author of The End of White Christian America, two other books, and numerous peer-reviewed book chapters and articles. Jones writes a column for The Atlantic online on politics and culture and is frequently featured in major national media outlets. Dr. Jones serves as the Co-Chair of the national steering committee for the Religion and Politics Section at the American Academy of Religion and is a past member of the editorial boards for the Journal of the American Academy of Religion and Politics and Religion, a journal of the American Political Science Association. He holds a PhD in Religion from Emory University, an MDiv from Southwestern Baptist Theological Seminary, and a BS in Computing Science and Mathematics from Mississippi College. Before founding PRRI, Dr. Jones worked as a consultant and senior research fellow at several think tanks in Washington, D.C., and was an assistant professor of religious studies at Missouri State University.

The religious landscape of the United States is changing dramatically. Americans must consider what it means to govern a nation of religious minorities. We interview Dr. Robert P. Jones, the founding CEO of the Public Religion Research Institute. Jones discusses findings from PRRI's national surveys on religion and public life, many of which are represented in the American Values Atlas. The data collected by PRRI reveal a number of surprising trends related to religion and its intersection with politics, voting patterns, age, race, immigration, and secularism in the United States. A few key findings highlighted in PRRI's 2016 report on America's changing religious identity and covered in this podcast: (1) white Christians now account for fewer than half of the public, (2) white evangelical Protestants are in decline, (3) non-Christian religious groups are growing, and (4) atheists and agnostics account for a minority of all religiously unaffiliated. We discuss the implications of these findings and more, and we briefly review the research methodologies utilized by PRRI.