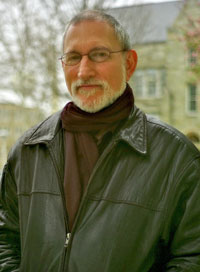 Paul Stoller is Professor of Anthropology at West Chester University.  He has been conducting anthropological research for more than 30 years in West Africa and New York City.  The author of 11 books (ethnographies, scholarly essays, a biography, three memoirs and two novels), Stoller’s most recent work is The Power of the Between (2008). In 2002, the American Anthropological Association named him the recipient of the Robert B Textor Award for Excellence in Anticipatory Anthropology. During the past three years, Stoller has blogged regularly on culture, politics, media and education for The Huffington Post. In April 2013 The Swedish Society for Anthropology and Geography awarded him Anders Retzius Gold Medal for his scientific contributions to anthropology.  His new book, Yaya’s Story: The Quest for Wellbeing in the World will appear in 2014.