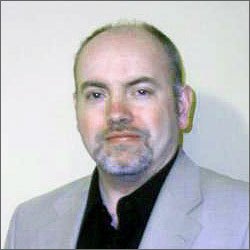 Paul Reid-Bowen is a Senior Lecturer in the Study of Religions, Philosophies and Ethics at Bath Spa University. His teaching and research interests include contemporary formations of religion (most notably paganisms, nature religions and new religious movements), ecological and environmental philosophy, Existentialism and feminist philosophies, and critical and reductionist theories of religion. He has published Goddess as Nature: Towards a Philosophical Thealogy (Ashgate 2007), an analysis and constructive development of the reality-claims of the contemporary Goddess movement. His interests are quite broad, but they are increasingly united by a desire to direct philosophical attention towards the interface between culture, nature and religion. He has previously published and delivered papers in the subject areas of apocalypse, embodiment, ecology, feminist and pagan concepts of deity, Hinduism and the methodological problems of men working with(in) feminist academic disciplines and religions. He is currently working on a book manuscript on the ecological future and the crisis of civilisation.

ISKCON And When New Religions Aren't So New Anymore