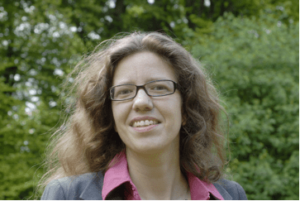 Monika Salzbrunn is one of the three full-time professors working at the institute, and she has been involved in as well as in charge of a multitude of research projects, addressing both transnational issues as well as the Swiss religious landscape. Her focus areas include e.g. transnational public spaces, religious events, festivities and carneval. Geographically, her interest areas are Europe, Western Africa and the United States. She is co-chair of the migration section of the French Association of Sociology and the urban studies section at the International Association of French-Speaking Sociologists.

“We had so many studies focusing on institutions and on official discourse, and so few studies on the silent majority, which never shows up in these institutions... So we over-emphasize the religious belongings. All the muslims are supposed to know the Quran, although they don't. Some of them have never opened it.