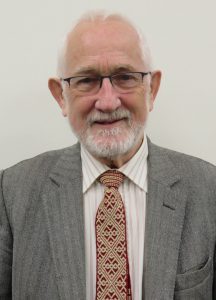 Michael Pye was born in 1939 in England, and studied Modern Languages and Theology at Cambridge, England (1958-61) as an Open Scholar of Clare College. He then spent five years in Japan before holding lecturing posts in Religious Studies at Lancaster and Leeds (where he was also awarded a Ph.D). Since 1982 he has been Professor of Religious Studies at Marburg University, Germany, interleaved with a three year period as Professor of Religious Studies at Lancaster University, England. Shortly after retirement in Marburg( 2004) he took up a three year visiting professorship at Ōtani University, Kyōto, followed by one extra year for research only. From 1995 to 2000 he was President of the International Association for the History of Religions. He received an honorary doctorate from the Faculty of Theology of Helsinki University and is a foreign member of the Societas Scientiarum Fennica. Apart from a specialised interest in East Asian Buddhism and contemporary Japanese religions he has travelled widely and has interests in broad issues of religion and society in the modern world.

In this week's podcast, Hans Van Eyghen sits down with Professor Michael Pye to discuss the  various historical, political, and social factors that have impacted Japanese Shinto. Though Shinto is widely known as the indigenous religion of Japan, it is rarely discussed in detail and has attracted little attention from scholars. In this week's podcast,