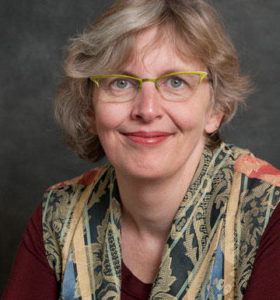 Marion Maddox is a Professor in the department of Modern History, Politics and International Relations at Macquarie University. Maddox achieved doctorates in theology and political philosophy from Flinders University and the University of New South Wales respectively. She is also the recipient of an Australian Parliamentary Fellowship. Maddox has worked at Victoria University of Wellington, New Zealand, and the Universities of Adelaide and South Australia. In November 2017 she was elected fellow of the Australian Academy of the Humanities.

Religion, Education, and Politics in Australia and NZ

Following on from the delivery of her conference paper at the EASR 2018 in Bern, in this podcast, Professor Marion Maddox of Macquarie University speaks to Thomas White regarding the historical, national and regional differences in the presence of religion in Australian and New Zealand schools.