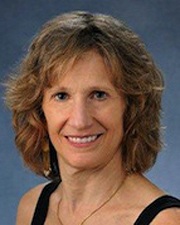 Lynn Davidman is Robert M. Beren Distinguished Professor of Modern Jewish Studies and Professor of Sociology at the University of Kansas. She also serves on the advisory board of the Center for the Study of Religion at Princeton University. Informed by qualitative sociological methods, ethnography, and social theory, her research career has focused on the central questions of (1) how people make sense of their lives after major, unexpected biographical disruptions and (2) how, through research interviews, interviewees construct narratives that establish coherence between events before and after such sudden life transformations. In her studies, Davidman is especially attuned to gender and religion, and she frequently interweaves autobiographical data into her presentation and analyses. Davidman has written three books—Tradition in a Rootless World: Women Turn to Orthodox Judaism (1991), Motherloss (2000), and the recently-published Becoming Un-Orthodox: Stories of Ex-Hasidic Jews (2014)—as well as the co-edited volume, with Shelly Tenenbaum, Feminist Perspectives on Jewish Studies (1996).