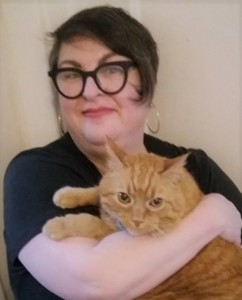 Lisa Poirier is a scholar of Native American religions and is dedicated to the processes of decolonization. She is a settler of French-Canadian ancestry who serves as an Associate Professor in the Department of Religious Studies at DePaul University in Chicago. She lives and works on the traditional lands of the Council of the Three Fires - the Ojibwe, Odawa, and Potawatomi Nations.

At DePaul, she teaches classes about Native American religions, theory and method in the study of religion, and gender and sexuality in religion.

Her book Religion, Gender, and Kinship in Colonial New France, was published by Syracuse University Press, and her most recent article, about jazz saxophonist Jim Pepper and twentieth-century Native American music, appeared in the Journal of Religion and Popular Culture. Her current research project explores religious and economic innovations, most notably in beadwork, by Native women in Great Lakes environments in the nineteenth century.

What are the challenges for departments and universities as they teach Native American Studies using Community-Based Service Learning models? In this response by Lisa Poirier, we learn that the efforts to decolonize our curricula require not only new critical theorists, but a suffusing commitment to decolonization as transformation in what Natalie Avalos described as "a process of becoming."