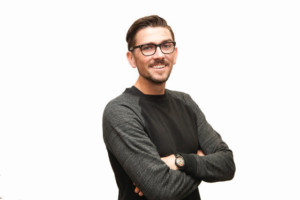 Ken Chitwood holds a Ph.D. from the University of Florida, where he wrote on Puerto Rican Muslims and the idea of cosmopolitanism with the Department of Religion and the Center for Global Islamic Studies. His academic work focuses on Islam and Muslim communities in the Americas, American religion, religion and culture, Christian-Muslim relations, and ethnographic methods and manifestations of religion-beyond-religion in a global and digital age. Additionally, he has published work on Judaism in Latin America and the Caribbean and the idea of global heroism. Ken is also an award-winning religion, travel, and culture newswriter with bylines in Newsweek, The Washington Post, Salon, The Los Angeles Times, Religion News Service, The Houston Chronicle, and many other publications. Currently, he is a Journalist-fellow with the University of Southern California Center for Religion and Civic Culture’s “Engaged Spirituality” Project, teaches courses on religion and theology with Concordia College New York, and is conducting research under the auspices of a grant with  the Center for Islam in the Contemporary World at Shenandoah University. He is based in Germany.

When Religion Is Not Religion: Inside Religious Studies’ Fight for Religious Literacy in the Public Sphere

As I listened to her interview about the book and its ramifications on the Religious Studies Project, I not only appreciated her balanced and thorough approach to this topic, but found myself wanting to focus on three points that she touched on in the talk: 1) the ways in which “religion” is defined in the public sphere; 2) whether or not we should listen to “fringe” Islamophobes and their rhetoric on religion; and 3) thinking about “when Christianity is not a religion.”

The Interplay of Religion and Popular Culture in Contemporary America

In exploring the interstices running along the contours of religion and popular culture researchers must not neglect the embodiment and praxis of religious expression in popular culture and vice-versa. There was a time when the realms of popular culture and religion did not meet — at least in an academic or analytic sense. The space betwixt, between, around, and interpenetrating each was relatively unexplored. Into that gap came God in the Details:

Essentially, Kripal calls out the religious studies world for not having a sufficient appreciation of the power of imagination and invites scholars and the interested public into a new comparativism that moves away from strict materialism. It was real to me. There I was, curled into a corner, comforter wrapped around my shaking limbs and sweating torso, twisted in terror in the sinister hours of the morning.