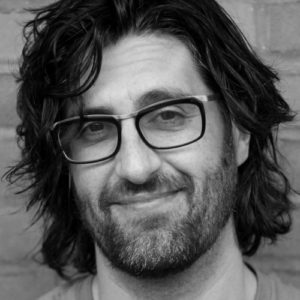 Modern is the author of The Bop Apocalypse: The Religious Visions of Kerouac, Ginsberg, and Burroughs (University of Illinois Press, 2001) and Secularism in Antebellum America (University of Chicago Press, 2011). Modern's work has appeared in journals such as American Literary History, Social Text, Journal of the American Academy of Religion, Church History, Method & Theory in the Study of Religion as well as in a range of on-line venues.  Modern’s work has been funded by the Woodrow Wilson Foundation, the National Endowment for the Humanities, and the Social Science Research Council. He is currently at work on two projects: “The Religion Machine, or; A Particular History of Cognitive Science” and “Akron Devo Divine: A Delirious History of Rubber At the End of the World.”

Modern is an editor-at-large for The Immanent Frame. He was also co-curator of  Frequencies: A Collaborative Genealogy of Spirituality and is currently co-editor of Class 200: New Studies in Religion (both with Kathryn Lofton).

The Science of Prayer: Genealogies and Biopolitics

In this week's episode, John Lardas Modern discusses the genealogy and biopolitics of the scientific study of prayer from E.B. Tylor to DEVO.