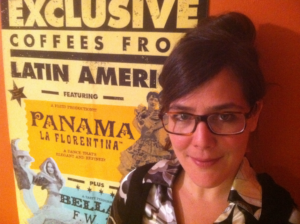 Jennifer Koshatka Seman received her Ph.D. from Southern Methodist University and is currently a Lecturer in History at Metropolitan State University of Denver where she teaches courses in U.S. and Latin American history.

Jennifer’s first historical monograph, Borderlands Curanderos: The Worlds of Santa Teresa Urrea and Don Pedrito Jaramillo, came out on University of Texas Press in 2021. Borderlands Curanderos examines the lives and healing practices of two popular curanderos who crossed from the border from Mexico into the United States in the late nineteenth century, and traces their interactions with spiritual movements, professional medicine, and the state as they provided refuge, healing, and spiritual inspiration for ethnic Mexicans and Indigenous peoples faced with increasingly oppressive, exclusionary, and violent state power.

Jennifer has also published articles in scholarly journals including “Laying-on Hands: Santa Teresa Urrea’s Curanderismo as Medicine and Refuge at the Turn of the Twentieth Century” in Bodies and Their Care in an American Secular Age, Special section of Studies in Religion/Sciences Religieuses (2018) and “‘How do I know…prayers don’t do more good than…pills’: Don Pedrito Jaramillo, Curanderismo, and the Rise of Professional Medicine in the Rio Grande Valley, 1881-1900,” in Journal of the West (2015).

What is curanderismo and where is it practiced? How does it connect to the borderlands? Is it a "folk" religion, and what exactly does that mean? Tune in with Andie Alexander, Israel L. Domínguez, Brett Hendrickson, and Jennifer Koshatka Seman for the RSP's first episode on curanderismo!