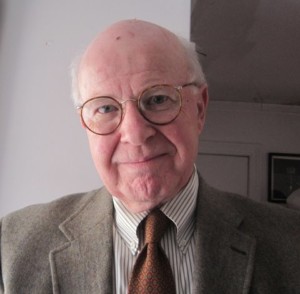 Jay Demerath is currently the Emile Durkheim Distinguished Professor of Sociology Emeritus at the University of Massachusetts, Amherst, where he has been a faculty member since 1972, including ten years as Chair. Prior to UMass, he received a 1958 A.B. from Harvard and a 1964 Ph.D from the U. Of California, Berkeley before rising from Instructor to Professor at the University of Wisconsin, Madison and serving as Executive Officer of the American Sociological Association. Among his many publications, he is author or editor of fourteen books, including the award-winning Crossing the Gods: World Religions and Worldly Politics (2001) and the recent Sage Handbook for the Sociology of Religion (2008). The current Chair-elect of the Religion Section of the American Sociological Association, he is also past-President of the Eastern Sociological Society, the Society for the Scientific Study of Religion, and the Association for the Sociology of Religion.

Week three of our Editors' Picks. Chris tells us why he (and his fiancée) liked Jay Demerath's interview on substantive and functionalist definitions of religion. Could the difficulties associated with the academic conceptualisation of “religion” be overcome by changing our focus instead to “the sacred”?