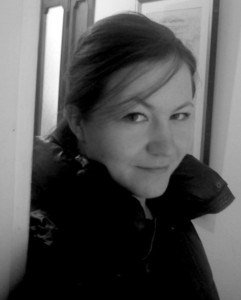 Jane Skjoldli is Assistant Editor for the RSP, primarily in charge of our weekly opportunities digests. She is a Ph.D. candidate at the Department of Archaeology, History, Cultural Studies and Religion at the University of Bergen, Norway. Her current project is on the pontificate of (Saint-to-be) Pope John Paul II (1978-2005) and the role of public events in the evolution of global Catholicism during said pontificate.

She is also co-editor of Ostrakon, the Norwegian Egyptological Society's biannual bulletin, and recently (2013) published the article 'God Is Blowing Everybody's Mind': Three Controversies that Helped Shape the Vineyard Movement in the Alternative Spirituality and Religion Review.

Other research interests include Pentecostalism, theories of religion, particularly within the fields of material and visual culture, and evolutionary and cognitive approaches.