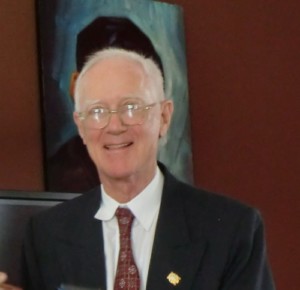 Professor James Regan, S.J. is Doctor Honoris Causa from Universidad Nacional Mayor de San Marcos in Lima-Peru. He is a leading researcher of the Amazonian indigenous people. His publications, among them, Hacia la Tierra Sin Mal (1983) and A la sombra de los cerros (2001) have depicted in a comprehensive and deep way the religious beliefs of diverse ethnic groups in urban and rural settings.

He has done extensive fieldwork among the Kukama Kukamiria, the Awajun, and the Chayahuita, contributing frequently to their understanding not only in religious matters, but also in developmental and linguistic topics. His work reflects the particular sensibility that he has towards the Amazonian people's religion, this being as both an academic and a Jesuit. His e-mail address is jreganperu@gmail.com