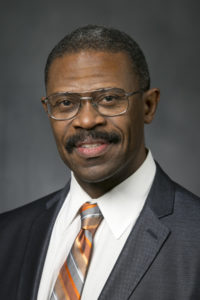 J. Lorand Matory is the Lawrence Richardson Professor of Cultural Anthropology and the Director of the Sacred Arts of the Black Atlantic Project at Duke University.

The author of four books and more than 50 articles and reviews, he is also the executive producer and screenwriter of five documentary films. In 2003, the President of the United States appointed Professor Matory to the Presidential Advisory Committee on Cultural Property at the US Department of State, where he served until 2011. In 2010, he received the Distinguished Africanist Award from the American Anthropological Association, and, in 2013, the government of the Federal Republic of Germany awarded him the Alexander von Humboldt Prize, His latest book, The Fetish Revisited: Marx, Freud, and the Gods Black People Make (2018), won the American Academy of Religion’s 2019 Prize for Excellence in the Study of Religion in the Analytical-Descriptive Studies Category.