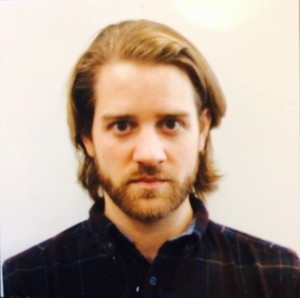 Hunter Bandy is a doctoral student in the religion department at Duke University. His research interrogates intersections between the ethical and the scientific in pre-modern Islamic thought, as derived from a variety of Arabic and Persian texts. Since his research depends heavily on the terminology and conceptual repertoire devised by modern western scientific and ethical epistemologies, he is simultaneously interested in critiquing Western-centric notions of the universality of "rational" thought systems and offering potential counterfactual genealogies to such knowledge systems through close historical research.

Outside of his academic specialty, Bandy closely follows security developments in Middle Eastern states, and has long explored the pitfalls of the ethical justifications for U.S. intervention in the region. He hopes to collaborate with other interested parties through the Global Ethics Network, working particularly on the question of Syrian intervention within political, religious, and humanist ethical frameworks.

Bandy holds an M.A. in Middle Eastern studies from Harvard University and a B.A. in political science from Swarthmore College.

While claiming to remedy the excesses of anthropocentric thinking, Bauman’s eschatology remains overtly anthropocentric. After the material turn, it should come as no surprise that scholars are taking a wide aperture approach to religious studies. Actor Network Theory (ANT) and various strains of New Materialism help in formulating horizontal connections between all sorts of objects that speak back to religious people.