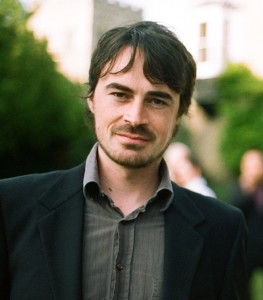 Hugh Turpin is undertaking a joint PhD in the Cognitive Science of Religion at the Institute of Cognition and Culture, Queen’s University Belfast and the Religion, Cognition and Culture Unit, Aarhus University. His background is in Cognitive Science (University College Dublin, MA), Social Anthropology (Oxford, M.Sc.) and Philosophy (Trinity College Dublin, BA). His current research concerns the effects on religious believers of exposure to behaviours inconsistent with stated beliefs on the part of their religious paragons, and will be pursued through a mixture of experimental methods and fieldwork carried out in Ireland.

I am interested in how displays by religious paragons which contradict expressed statements of belief may be uniquely corrosive to the religious certainty of believers. Put simply, ‘Theory of Mind’ (ToM) and its associated near-cognates (mentalizing, mind reading, social cognition) refer to the socially indispensable human capacity to attribute mental states to others, ...