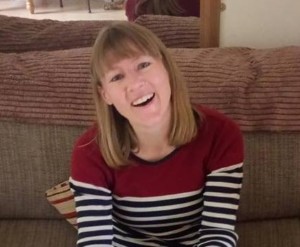 Helen Bradstock has a first class Bachelor degree in Education and Religious Studies from La Sainte Union College of HE in Southampton, UK, and a PhD from the University of Otago, Dunedin, New Zealand. She worked for 13 years as a primary school teacher on the Isle of Wight and in Kent. While living in New Zealand between 2009-2013, she undertook doctoral research into religion in primary schools.  Her research describes a situation in which children do not receive education about religion and beliefs in “secular” state schools, but often receive Bible lessons from a church volunteer  during the school day (Bible in Schools). Identifying  operative religious, educational and political discourses and constraints which reproduce current practices, and highlighting conflicts with New Zealand  Human Rights legislation, the thesis makes recommendations for a complete review of policy on religion in schools in New Zealand. Helen adopts a critical realist approach which eschews neutrality and advocates normative objectivity in academic research pertaining to public policy.

Having returned to the UK, and family commitments on the Isle of Wight, Helen remains involved in her subject, providing evidence for a Human Rights Review Tribunal contesting  Bible in Schools teaching in New Zealand primary schools. She is also transcribing the weekly podcasts for the Religious Studies Project.

Helen’s thesis, Let’s Talk about Something Else: Religion and Governmentality in New Zealand’s State Primary Schools was accepted in 2016, and is openly accessible.

The institutional accommodation (and implied endorsement) of Bible-in-Schools engenders an unwarranted complacency towards monitoring of groups and materials by school boards and parents alike.