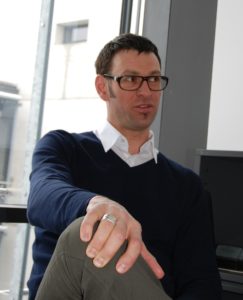 François Gauthier is professor of religious studies at the Université du Québec à Montréal, Canada, and a specialist of religious formations in 'ultra modernity'. He has previous experience researching and writing on the rapports between religion, politics and economics in modern and contemporary society as well as on religion theory. He has experience editing volumes on these topics in both English and French, in reputed journals as well as in book form. His research interests are in the dynamics of religion with respect to the consumer ethos, electronic media and neoliberal policy. He edits the 'Religion, ethics and symbolism' section of the on-line Revue du MAUSS permanente (www.journaldumauss.net) and is part of the editing committee of the influential French social science journal Revue du MAUSS semestrielle. He has published widely in journals and books in both English and French, and is currently writing a book entitled Le mythe de l'autonomie. Religion, politique et économique en modernité (Paris: Desclée de Brouwer).

According to Gauthier, it is important to note is that religious activity of the day is not haphazard or random pick-and-choose at all. Instead, it is following a new kind of logic, that of consumerism. Marketization and commodification among other phenomena are affecting the field of religion - and vice versa. Listen and find out more!