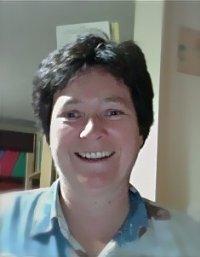 Fiona Bowie studied Anthropology at the Universities of Durham and Oxford. She has taught in departments of Theology and Religious Studies and Anthropology in the Universities of Wales, Bristol, Linköping in Sweden and Virginia. She is a member of Wolfson College, Oxford and Visiting Senior Research Fellow in the Department of Theology and Religious Studies at King’s College London. Research interests and publications have included gender, religion and spirituality (The Beguines, Hildegard of Bingen, Celtic Christian Spirituality), nationalism and identity (Discovering Welshness, ‘Wales from Within’ in Inside European Identities), the anthropology of religion (The Coming Deliverer; The Anthropology of Religion with Blackwell has become a widely translated standard text), adoption and kinship (Cross-Cultural Approaches to Adoption), African religions and culture, and the Cameroonian diaspora (A Social and Historical Study of Christian Missions among the Bangwa of South West Cameroon,  numerous chapters and articles). She is founder of the Afterlife Research Centre and is currently working on ethnographic approaches to the study of mediumship and the afterlife.

Bettina Schmidt and David Wilson organised a series of panels at the 2014 BASR Conference in Milton Keynes on the topic of "Studying Non-Ordinary Realities", as part of the conference's "Cutting Edge" sub-theme. We managed to make time to get Bettina and David,...