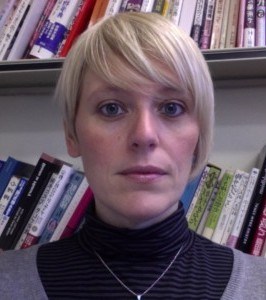 Erica Baffelli is currently a Senior Lecturer in Japanese Studies at The University of Manchester.

Following a completion of her PhD from Ca' Foscari University in Venice (Italy), Erica has spent a few years as a visiting researcher at Hosei University (Tokyo) and post-doctoral research fellow of the Japan Society for the Promotion of Science.  Prior to Erica’s arrival at Manchester in 2013, she spent six years in New Zealand, working at the University of Otago as a Lecturer and a Senior Lecturer in Asian Religions.

Erica’s research interests are varied including religion in contemporary Japan with a special focus on New and ‘New’ New Religions, religion and the media, and religion and the Internet. Erica is currently examining the interactions between media and “new religions” (shinshūkyō) in 1980s and 1990s Japan and the changes in the use of media by religious institutions after the 1995 Tokyo subway attack by Aum Shinrikyō. She also continues to research the relationship between religion and the Internet with a particularly interest in the negotiation of religious authority in social networking sites.