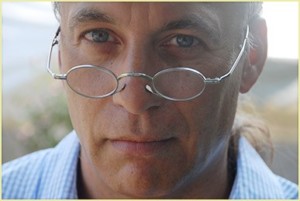 Douglas R. Brooks is a scholar of Hinduism, South Asian languages, and the comparative study of religions. He lived in India with his teacher, Dr. Gopala Aiyar Sundaramoorthy, for many years, studying and practicing Srividya, Auspicious Wisdom, and the modern traditions of goddess-centered Tantra. Brooks is the author of a number of books and scholarly articles on Hinduism and the comparative study of religion, including "The Secret of the Three Cities: An Introduction to Hindu S'akta Tantrism" (U. Chicago Press), “Auspicious Wisdom: The Texts and Traditions of S’rividya S’akta Tantrism in South India” (SUNY Press), and "Poised for Grace" (Anusara Press). He also contributed to the anthology, "Meditation Revolution: A History and Theology of the Siddha Yoga Lineage" (Agama Press). He holds both master's and doctoral degrees from Harvard University.