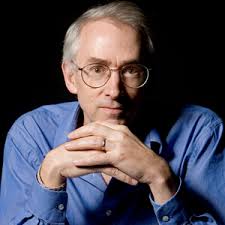 David Sloan Wilson is SUNY Distinguished Professor of Biology and Anthropology at Binghamton University. He has made fundamental contributions to evolutionary theory in addition to its human-related applications. As president of the Evolution Institute, he is working to establish a new paradigm for economics, public policy, and public discourse that is firmly based in science, the way we are as a species, and the evolutionary processes that shape all species. His first book on religion was Darwin’s Cathedral: Evolution, Religion, and the Nature of Society (University of Chicago Press, 2002) and his most recent book, which includes a discussion of religion, is Does Altruism Exist? Culture, Genes, and the Welfare of Others (Yale University Press and Templeton Press, 2015).

This View of Life, the online evolution magazine that includes a RELIGION section with Richard Sosis and Michael Blume as topic editors.

The Binghamton Religion and Spirituality Project website, that shows how we are studying religion and spirituality as practiced in the context of everyday life in Binghamton, New York.