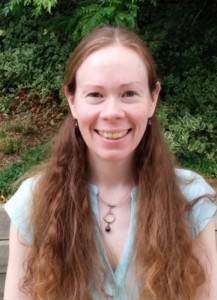 Claire Miller Skriletz is an Independent Researcher of Feminism, Gender Studies, and Religion. She has an undergraduate degree from Drew University (2002) and a Master's degree in Religious Studies from the University of Colorado Boulder (2012). Claire's research interests are broad and multidisciplinary, including gender and feminist studies of religion, religions in/of Japan, the ethnographic study of religious communities in the United States, and Buddhist communities in the West. Her MA thesis examined the insufficiency of existing theoretical models for the study of Buddhism in the United States, particularly as it applies to the Buddhist Churches of America. In April 2013 she presented a paper on gender and representation in The Book of Margery Kempe at the Rocky Mountain-Great Plains Regional AAR conference. In August of the same year, she presented a paper at the International Jain Conference on gender and ethics in the Dhammapada Commentary, a collection of early Buddhist morality tales. Her recent publications include book reviews of Reiko Ohnuma's Ties That Bind: Maternal Imagery and Discourse in Indian Buddhism in Religion and Gender 4:1 (2014), and Joseph Cheah's Race and Religion in American Buddhism: White Supremacy and Immigrant Adaptation in Nova Religio 18:1 (August 2014). Claire can be found online at her website and blog, https://claire.skriletz.net, on Academia.edu at https://colorado.academia.edu/ClaireMillerSkriletz, and @CMillerSkriletz on Twitter.

Fedele emphasizes that an academic researcher must acknowledge the power issues present in a researcher-interviewee relationship: the academic doesn’t know everything, nor is the participant ignorant. In the Religious Studies Project’s recent interview with Dr. Anna Fedele, Dr. Fedele and her interviewer discuss several aspects of interest related to the intersections of gender, religions, and power dynamics. Fedele’s book, Gender and Power in Contemporary Spirituality: Ethnographic Approaches (Routledge, 2013), ...

Learning to Unlearn “Religion”: Jason Ānanda Josephson on the Invention of Religion in Japan

Would it be better to say “Japanese Religions”? How about “religions of Japan”? Or, is “religion” even the best word to use to describe the Japanese traditions we’re studying? One of the first Religious Studies courses in which I enrolled was titled “Japanese Religion.” There were several themes running through the course, but the one that stuck with me as the most important was something the professor asked during the first meeting of the class:

Where are you going...and Are you a Pilgrim?

What is a pilgrim? Who is a pilgrim? Simply visiting a shrine, cathedral, temple, or other ‘sacred’ site cannot be the defining characteristic. How do you choose a vacation destination? Is it a specific location with personal meaning, or is the potential for exploration more alluring than anything else?