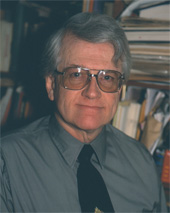 Charles Emmons has an MA in Anthropology from the University of Illinois and a PhD in Sociology from the University of Illinois, Chicago.  He is Prof. of Sociology at Gettysburg College.  His research is mainly in the area of the sociology/anthropology of science, religion and the paranormal.  His latest book, coauthored by his wife, Penelope Emmons, is Science and Spirit: Exploring the Limits of Consciousness  (2012). They also collaborated on Guided by Spirit: A Journey into the Mind of the Medium  (2003).  Other publications by Charlie include Chinese Ghosts and ESP: A Study of Paranormal Beliefs and Experiences  (1982), Hong Kong Prepares for 1997 (1987) and At the Threshold: UFOs, Science and the New Age  (1997).  He also appears in the TV documentaries “Ghosts of Gettysburg.”  He is active in Exploring the Extraordinary, is an honorary member of the Board of Reviewers of the journal Paranthropology, and a member of The Society for Scientific Exploration.  Charlie has also made three documentary DVDs in the area of science and spirituality: Drum Dreams (Drum Circles in North America), Roll Your Own Religion (New Spirituality in North America), and Science and Spirit(s).