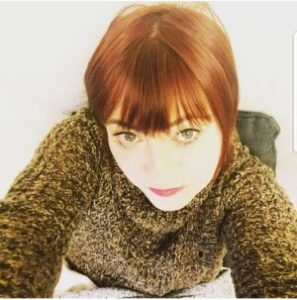 Carmen is an instructor at the University of Waterloo, in the Religious Studies Department and in the Arts First Program. She is also a fellow with the Centre on Hate, Bias and Extremism, at Ontario Tech University. She reviews the extant Canadian Armed Forces (CAF) policy governing right-wing extremism and related conduct in the CAF. Her scholarly interest centres on the overlapping belief systems of Christian apocalyptic thought and conspiracy theorists, and their joint impact on the American political system, with a particular focus on the belief systems of religious communities on the margins of society that, co-opt pop culture practices and trends. Carmen is a regular contributor to Religion Dispatches, an online journal that publishes work about the intersection of religion, politics, and American culture. Gender, race, moral panics, ethics, concepts of evil and end times, and the media play significant roles in the religious political movements she studies leading to publications which cross disciplinary lines. These publications include a chapter in Angry Groups and Politics: Multi-Disciplinary Perspectives on Their Motivations and Effects on Society, and an invited chapter in the upcoming book The Right and the Radical Right in the Americas by York University’s Centre for Analysis of the Radical Right. More information on Carmen's work can be found on her website.

Queens of the World | Discourse! October 2022

This month's Discourse! welcomes back Founding Editor Chris Cotter to the host's chair, along with guests Ting Guo and Carmen Celestini. They first discuss Queen Elizabeth II and “mourning” in Hong Kong, and then more broadly. This segues neatly into a conversation about the Filipino conspiracist who has dubbed herself the “Queen of Canada”. They talk about the Iranian protests, and "compulsory hijabs". Finally, they have a wee rant about how religion and spirituality is presented in mental health surveys.