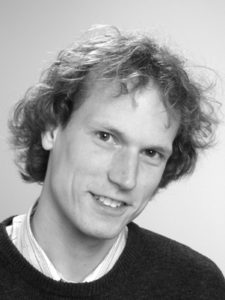 Bjørn Ola Tafjord is Associate Professor at the Department of History and Religious Studies at the University of Tromsø. His doctoral thesis, Ritualiserte forståingar: bribriar og bahá'í-trua (University of Bergen 2004), is based on fieldwork in Talamanca, Costa Rica. He is continuing to study religions, traditions, relations and changes in Talamanca through additional fieldwork and historical research . He has also a wider interest in religions in Latin America, in anthropological studies of religions, and in methodological issues in the study of religions. The latter is reflected in publications like the article "Indigenous religion(s) as an analytical category" in Method and Theory in the Study of Religion 25 (2013). He has been as co-editor of Dīn: tidsskrift for religion og kultur (Oslo, Novus) since 2007.

What do we mean by Indigenous Religion(s)?

We talk a lot about the World Relgions Paradigm at the Religious Studies Project, and this discussion looks more closely at one of the ancillary categories, Indigenous Religion. What exactly does this term refer to? Does it refer to specific religions (plural) or a kind of religion (singular)?

The Uses of "Indigenous Religion"

Since the 1980s, the category of "Indigenous Religion" - or "Religions" - has become a staple feature of the terminology of the study of religion. But what do we mean when we use it? Is it necessarily tied to a particular geographical area? Or something which originates with a particular ethnic group,