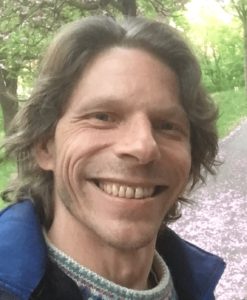 Bernd Brabec de Mori received his M.A. (Mag. phil., 2003) and Ph.D. (Dr. phil., 2012) in musicology from the University of Vienna. He has been working for five years in the field among Indigenous People in the Peruvian lowland rainforests. After returning to Europe in 2006, he has been teaching and researching, among other institutions, at the Phonogrammarchiv of the Austrian Academy of Sciences, at the department for social and cultural anthropology at Philipps-University Marburg, at the centre for systematic musicology of Karl-Franzens-University Graz, at the institute of musicology at the University of Vienna, at the institute of ethnomusicology at the University of Music and Performing Arts Graz, and as an associate researcher at Yunnan University. He published a couple of books, among them Die Lieder der Richtigen Menschen [Songs of the Real People] (2015), Sudamérica y sus mundos audibles [South America and its auditory worlds] (2015), and Auditive Wissenskulturen [Auditory knowledge cultures] (2018), as well as research articles in the areas of Indigenous vocal music, medical ethnomusicology, sound perception, and auditory knowledge.