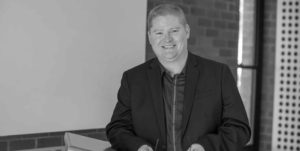 Bernard Doherty is a graduate of Macquarie University.  Following his PhD, Bernard was a Postdoctoral Fellow at the Institute for Studies of Religion at Baylor University in the United States where he worked on a series of projects on New Religious Movements in Australia and abroad and on applying social science methodologies to the study of early Christianity.  Bernard has published in a number of academic journals including the Journal of Religious History, Nova Religio, the International Journal for the Study of New Religions, the Alternative Spirituality and Religions Review, Phronema, and the Journal of the Australian Catholic Historical Society.  Bernard's research interests are wide-ranging and include New Religious Movements, Patristics, Australian religious history, Church and State issues, religion and the media.