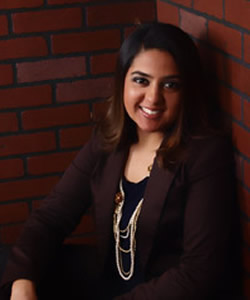 Asma T. Uddin is a fellow with the Initiative on Security and Religious Freedom at the UCLA Burkle Center for International Relations and a senior scholar at the Religious Freedom Center of the Freedom Forum Institute. She is also a research fellow at Georgetown’s Berkley Center for Religion, Peace and World Affairs. Uddin previously served as counsel with Becket, a nonprofit law firm specializing in U.S. and international religious freedom cases, and as director of strategy for the Center for Islam and Religious Freedom, a nonprofit engaged in religious liberty in Muslim-majority and Muslim-minority contexts. She is widely published by law reviews, university presses, and national and international newspapers. She is also an expert advisor on religious liberty to the Organization for Security and Cooperation in Europe and a term-member of the Council on Foreign Relations. In addition to her expertise in religious liberty, Uddin writes and speaks on gender and Islam, and she is the founding editor-in-chief of altmuslimah.com. She graduated from the University of Chicago Law School, where she was a staff editor at the University of Chicago Law Review.

When Islam Is Not a Religion

Asma Uddin is the author of When Islam Is Not a Religion: Inside America's Fight for Religious Freedom. In this book, Uddin examines an alarming trend to redefine Islam as a political ideology, not a religion. In our conversation, we track the history of this movement to redefine Islam and its implications for the rights of Muslims. We discuss the widespread presumption among American progressives that courts tend to protect religious freedom for Christians, but not for Muslims, and we examine particular stories that support and problematize that narrative. In particular, Uddin provides vivid examples of how American courts have reacted to arguments that Islam is not a religion.