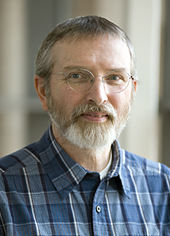 Natural Selection In the Evolution of Religion

In this week's podcast, professor Armin Geertz outlines an answer elaborating on the arguments presented in his co-authored book The Emergence and Evolution of Religion by Means of Natural Selection. He argues that there are multilevel selection processes that happen within different sociocultural formations, and these are key to understanding how religion has evolved throughout history.

Cognitive Approaches to the Study of Religion

The cognitive study of religion has quickly established itself as the paradigmatic methodology in the field today. It’s grounded in the concept that religiosity is natural because it is well adapted to the cognitive propensities developed during the evolution of our species. In this episode, Professor Armin Geertz tells Chris why it deserves its prominent profile, and how it is developing.