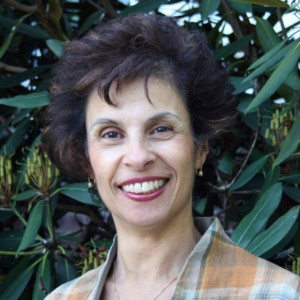 Dr. Ariela Keysar, a demographer, is Associate Research Professor of Public Policy and Law and the Associate Director of the Institute for the Study of Secularism in Society and Culture (ISSSC) at Trinity College in Hartford, Connecticut. She was a principal investigator of the American Religious Identification Survey 2008, the largest survey of religion in the U.S., covering over 50,000 respondents. She was also a principal investigator of the ISSSC web survey of Indian scientists, which is the first in a series of studies of worldviews and opinions of scientists around the world. Ariela Keysar was the study director of the American Jewish Identity Survey 2001 and the associate director of the Longitudinal Study of Young Adults Raised in Conservative Synagogues 1995-2003.

Dr. Keysar is the co-editor of most recently: Secularism, Women & The State: The Mediterranean World in the 21st Century; also Secularism and Science in the 21st Century and Secularism & Secularity: Contemporary International Perspectives as well as co-author of Religion in a Free Market and The Next Generation: Jewish Children and Adolescents.

Ariela Keysar on "What does 'belief' mean to Americans?"

'Belief' lies at the core of E.B. Tylor's canonical definition of religion as belief in 'spiritual beings'. However, in the last decades of the twentieth century the concept became unfashionable in the social sciences, with scholars from all parts of the world denouncing its centrality as a Western, Protestant bias which has limited application to other religions. Ariela Keysar disagrees...