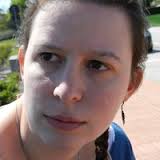 My teaching and research is marked by a commitment to interdisciplinarity that has grown from my first degree, in studio art. During the course of that degree, I became interested in the way that art functioned to transmit and enforce unspoken assumptions about the order of the world—assumptions that were largely, though not exclusively, rooted in religious thinking. I carried this interest forward into an MA focused on Religious Studies and Literature, and a PhD in Literature, Theology and the Arts, in which I examined various ways that religion both influences and is influenced by cultural production in literature and the visual arts.

Prior to joining the staff at Chester in October 2012, I held posts as the Barbro Osher Research Fellow in Memory of Krister Stendahl at the Swedish Theological Institute in Jerusalem, and as a Rothschild Fellow in Jewish Studies at the University of Glasgow. I currently serve on the editorial board for Rodopi's Value Inquiry Book Series, the steering committee for the Religion, Holocaust and Genocide Group at the American Academy of Religion, and as the communications manager for the International Society for Religion, Literature and Culture.

Narrative and Reflexivity in the Study of Religion: A Roundtable Discussion (with video)

The idea for this roundtable was that it would follow on directly from this week's interview on religion and literature, but expand the discussion to cover a variety of points relating to narrative, autobiography and (auto)ethnography in the study of religion. Featuring Dr Wendy Dossett, Prof. Elaine Graham, Dr Dawn Llewellyn, Ethan Quillen, and Dr Alana Vincent.