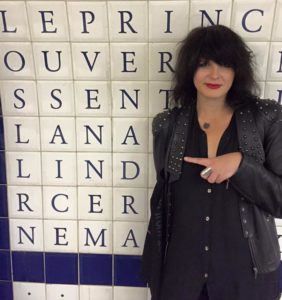 Alana Louise Bowden is an interdisciplinary artist and academic and works across the departments of Theatre and Performance Studies, and Studies in Religion at the University of Sydney, Australia. As a scholar-practitioner of both magic and performance, her research and artistic practice is particularly interested in the intersection between performance, gender, art, magic and ritual through embodied and collaborative experience.

She has worked creatively throughout Australia and Europe in theatre, film and live performance with credits including The Royal Shakespeare Company, The International Melbourne Comedy Festival, Sydney Fringe Festival and Cooltour Contemporary Arts Centre, Ostrava.

Her academic interests are focused on cultural and creative practice and include areas such as Western Esotericism, Ancient and Modern Paganism(s), Witchcraft, New Religious Movements, Feminism and Performance Art. In 2020 Alana completed her Bachelor of Arts with Honours in Theatre and Performance Studies, and Studies in Religion at the University of Sydney. Her thesis, “Signalling Through the Flames: Testing the Limits of Ritual and the Sacred at Dark Mofo”, explored the relationship between secular arts practice and sacred experience, as well as the commonalities and disparities between her two disciplines.