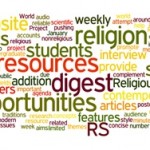 The British Society for the Philosophy of Religion

Buddhists, Epicureans, Christians, Pantheists, Materialists, Liberal Humanists, Transhumanists, Nietszcheans and Idolaters have all at different times been content to be called atheists, and even the most ardent of New Atheists will insist that they need have no positive beliefs, except to reject whatever God or notion of God it is that they oppose. There need therefore be no one doctrine or way of life identified as Atheism. The question is rather what forms of life and thought are to be reckoned atheistical and why they might (or might not) seem attractive.

Nor need the rejection of whatever God or Gods are in question always be a matter of intellectual conviction rather than politics (as anti-clericalism) or broadly spiritual practice (requiring the rejection of any authority superior to the individuals own will, or to the States judgement).

If you would like to present a paper, please send an abstract of a maximum of 250 words to me (andrew.moore [at] theology.ox.ac.uk) by the end of March. Unfortunately, it will not be possible to consider abstracts that exceed the word limit or that are submitted after the closing date (allowance being made to colleagues in other time zones). The plural form ATHEISMS is to be noted: papers solely directed to refutations of (and refutations of those refutations of) the Five Ways (for example) are discouraged, as are papers directed solely to proving the non-existence of one particular deity, without regard to the alternatives.

Papers need not be on the theme of the conference, although a preference may be shown towards selecting those that are, other things being equal.  Time and space at the conference will be limited, so we shall have to be selective, even allowing for the fact that we plan to run parallel sessions and request people presenting papers to keep to half-hour slots.

In order to keep to the tight timetabling required to permit participants to hear (the whole of) as many papers  as possible, papers should take ideally fifteen minutes and an absolute maximum twenty minutes to deliver, leaving ten minutes or so for discussion.

CFP: RELIGION IN THE SOCIETIES OF FORMER SOVIET UNION TERRITORIES:

innovations. After generations of nurturing the idea of a homogenous society, different states emerged, some of them with homogenous, and some of them with heterogeneous, religious fields, with different ways of living and coping with the new conditions of religious freedom, and with different conceptions of the role of religion in society. Looking back after two decades, we can state that religion in the territories of the former Soviet Union has undergone transformations: from forced secularization, to offering new roles, and having a variety of manifestations within contemporary societies that are marked by modernization, individualization and globalization. Is it possible to talk about a religious revival or not? What are the roles of religion in post-Soviet societies? What are the manifestations of new forms of religiosity? How has religion been transformed and mutated in the last two decades? Which religions have been successful and which have failed? Throughout this period a new generation of social scientists and humanities scholars have grown up, and we are particularly interested in their interpretations of the social situation in the region. How does

the new generation of scholars understand and interpret the roles, manifestations and transformations of religion in the former Soviet Union?

Religion and Society in Central and Eastern Europe invites submissions for a special issue dedicated to religion in the former Soviet Union. We welcome both empirical and theoretical contributions from diverse areas of the social sciences, such as: sociology, anthropology, political science, religious studies, history and law, and that focus on the post-Soviet religious landscape and its post-Communist transformations.

Religion and Society in Central and Eastern Europe (RASCEE) is an annual, open-access, peer-reviewed academic journal that reflects critical scholarship in the study of religion in the region.

Language: English Website for the submission of articles: http://www.rascee.net/index.php/rascee

Publication is planned for December, 2013

Centre for Faiths and Public Policy, University of Chester

Apocalypse captivates the human imagination. Once synonymous with ‘end of the world’ scenarios and confined largely to the religious, the term is part of vernacular language in the West and is used to describe a myriad of events from the fiscal difficulties of the Eurozone to nuclear war, from environmental disaster to the dangers of digital technology.

The advancement of science and technology has assisted in expediting anxiety with regard to apocalyptic catastrophe because such ‘progress’ has produced unforeseen hazards and risks. Critical theories of risk have been developed that harness and organise responses to scientific developments in an attempt to provide solutions to possible catastrophe. It is suggested that in order to prevent global catastrophe, modern society must be reflexive. Moreover, the advent of such hazards has served as a recruiting sergeant for fundamentalist religious groups who have clear and explicit eschatologies. Rather than viewing possible risks and hazards as by-products of late modernity—‘signs of the times’, they are re-interpreted as ‘signs of the end times’. Consequently, one strand that runs through the above is the political implications of apocalyptic ideology and theories of risk. Whether this is the focus some Christian dispensationalist groups put on the role of the state of Israel in the Middle East, or the so-called catastrophic acceleration of global-warming, decisions based on interpretations of these inevitably have political ramifications.

The purpose of this inter-disciplinary conference is to investigate and evaluate some of the variety of apocalyptic discourse that exists in contemporary popular western culture along with critical theories of risk. Papers are invited that explore both the secular and religio-political dimensions of apocalyptic language in contemporary society and include, but not restricted to, the following themes:

·         Critical theories that seek solutions to contemporary notions of risk;

·         Correlations between critical theories of risk and apocalyptic ideology;

Proposals for short papers are invited on any aspects or themes related to the above. Papers will be 20 minutes in length with an additional 10 minutes discussion. Applications to submit a paper should include:

·         Details of any audio-visual equipment you will need to deliver your paper.

Short paper proposals should be submitted to Riskraptureconf@chester.ac.uk by no later than 4pm on Friday 6th April 2013.

Conference costs: £50 (£25 unwaged and students) inclusive of lunch and refreshments.

Conference registration will open in due course.

Announcement for an international, interdisciplinary Symposium

With the support of the Fritz-Thyssen-Stiftung and the Faculty of Arts and Science, University of Toronto

Scholarly interest in the role of media in religion has increased dramatically in the last five to ten years. While it has focused primarily on the effects and uses of visual and mass media, it has also led to a more intense reflection on the nature of mediation more generally and religion’s special relationship to it. This conference proceeds from the assumption that all religious practices are forms of mediation, ways not only of ‘making the invisible visible’ but of making the immaterial available to other senses as well (or instead).

It brings together scholars from historical and cultural anthropology, history, art history, and religious studies to discuss the materiality of the medium and nature of mediation itself.

Three aspects of religion and mediation and their interactions will be in the focus of the symposium: ideologies determining what counts as a medium, the materiality of the medium, and emotion as a medium of religious experience.

Section 1: Visibility & Invisibility in the Study of Materiality

Tine van Osselaer: Bits and Pieces of the Divine: Fragments of the ‘Sacred’ Trees at Belgian Apparitional Sites

William A. Christian, Jr.: The Invisible Connections of Everyday Things in a Midwest Household

Webb Keane: Rotting bodies: On the clash of semiotic ideologies

Section 2: Texts, Bodies, and the Matter of Religion

Vlad Naumescu: The Iconic Economy of Old Belief: Towards an Aesthetics of Transmission

Felicitas Heimann-Jelinek: From Visual Image to Script Image: Jewish Rituals of Mediation between the Past, Present, and Future

Pamela Klassen: Maps and the Mediation of the Colonial Spirit

Knut Graw: Ob-jective Truths: Divination and the Mediation of Ritual Efficacy in Senegal

If you are interested in attending this workshop, please send an email request to monique.scheer [at] uni-tuebingen.de.

University of the West of Scotland

Sociology of Culture and Religion

Sociology of Culture and Religion, at the Faculty of Social Sciences. The successful

candidate will be a member of the Centre for Sociological Research.

You can apply for this job no later than March 14, 2013 via online form https://webwsp.aps.kuleuven.be/sap%28bD1lbiZjPTIwMCZkPW1pbg==%29/public/bsp/sap/z_sollicitat/main.htm?vacnr=52408585&taal=E&type=ZAP

Description: The program features an intensive, 10-day course on terrorism and the threat it poses to democratic societies. Using Israel as a case study, professors are given access to top researchers and officials who provide cutting-edge  information about the terrorist threats to democracies worldwide. The goa …

A PhD fellowship is available at the Faculty of Theology, University of Oslo. The position is attached to the project Reassembling Democracy. Ritual as Cultural Resource (REDO). The grant is for a period of 4 years, of which 25 % is secretarial assistance for the project or other required duties.  Starting date is 1. September, 2013.