We are not responsible for any content contained herein, but have simply copied and past 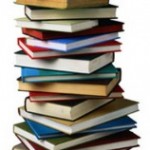 A PDF summary document can now be downloaded. This can be printed and circulated to colleagues or put up on a notice board.

Warriors of the Cloisters: The Central Asian Origins of Science in the Medieval World

Warriors of the Cloisters tells how key cultural innovations from Central Asia revolutionized medieval Europe and gave rise to the culture of science in the West. Medieval scholars rarely performed scientific experiments, but instead contested issues in natural science, philosophy, and theology using the recursive argument method. This highly distinctive and unusual method of disputation was a core feature of medieval science, the predecessor of modern science. We know that the foundations of science were imported to Western Europe from the Islamic world, but until now the origins of such key elements of Islamic culture have been a mystery.

Sacred Killing: The Archaeology of Sacrifice in the Ancient Near East

What is sacrifice? How can we identify it in the archaeological record? And what does it tell us about the societies that practice it? Sacred Killing: The Archaeology of Sacrifice in the Ancient Near East

investigates these and other questions through the evidence for human and animal sacrifice in the Near East from the Neolithic to the Hellenistic periods. Drawing on sociocultural anthropology and history

in addition to archaeology, the book also includes evidence from ancient China and a riveting eyewitness account and analysis of sacrifice in contemporary India, which engage some of the key issues

at stake. Sacred Killing vividly presents a variety of methods and theories in the study of one of the most profound and disturbing ritual activities humans have ever practiced.

As the 340th  anniversary of John Miltons death approaches, we seek to explore the theme of the Fall in a diverse, interdisciplinary context.

The conference, which is organised with the intention of leading to a publication of proceedings, will examine the concept of the Fall across a range of disciplines and languages. The temporal scope extends from antiquity to contemporary times.

We welcome proposals with research interest such as, but not limited to, Literature, Religion, Languages, History, Philosophy, Psychology, Art, Film and Visual Culture, Cultural Studies and economics.

Potential topics include (but again, are not limited to) the following:

* Concept of moral and philosophical Falls

* Fall of angels (and demons)

* The linguistics of falling

Abstracts of approximately 200 words should be sent to:

Should you have questions about the conference or the submissions, please contact the organisers at

CFP: Scientiae 2013: Disciplines of Knowing in the Early Modern World

Paper and panel proposals are invited for Scientiae 2013: the second annual conference on the emergent knowledge practices of the early-modern period (ca. 1450-1750).  The conference will take place on the 18-20th of April 2013 at Warwick University in the UK, building on the success of Scientiae 2012 (Simon Fraser University, Vancouver) which brought together over 100 scholars from around the globe.

The premise of this conference is that knowledge during the period of the Scientific Revolution was inherently interdisciplinary, involving complex mixtures of fields and objects that had not yet been separated into their modern “scientific” hierarchies. As such our approach needs to be equally wide-ranging, involving Biblical exegesis, art theory, logic, and literary humanism; as well as natural philosophy, alchemy, occult practices, and trade knowledge. Scientiae is for scholars working in any area of early-modern intellectual culture, with the emergence of modern natural science serving as a general point of reference. The conference offers a forum both for the sharing of research and the sparking of new investigations, and is open to scholars of all levels.

The keynote speakers will be Peter Dear (Professor of the History of Science at Cornell University) and Stephen Clucas (Reader in Early-Modern Intellectual History at Birkbeck, University of London).

Topics and questions may include, but are by no means limited to:

— Theological origins and implications of the new science

— Nature and scripture: which interprets which?

— What do images contribute to our understanding of early modern knowledge?

— Genealogies of “reason”, “utility”, and/or “knowledge”

— Humanism and the scientific revolution

— Paracelsianism, Neoplatonism, alchemy: where are we now?

— What were the relations between the new science and magic and demonology?

— Morality and the natural world: an on-going relationship?

— Poetics and science: habits of thought?

— Renaissance philosophy and the development of a “new” cosmology and

— Information and knowledge: a clear divide?

— Early-modern literature and the new knowledge: friends, or foes?

— Advances or reversals of period logic/dialectic

Abstracts proposing individual papers of 25 minutes should be between 250 and 350 words in length. For panel sessions of one hour and 45 minutes, a list of speakers (with affiliations) and 500-word abstract is required. Roundtable discussions or other formats are acceptable.

The deadline for abstracts is the 20th October 2012.

All submissions should be made at

have any questions please contact the conference convenor David Beck-

-Abstracts of proposed papers for the Thematic Sessions (STS) and Working Groups (WGT), to be sent to the SESSION ORGANISER (S)

-Abstracts of proposed papers for the Thematic Sessions of the New Researchers Forum (NRF) and Miscellaneous papers (MPL) for the NRF, to be sent to the Session Organiser

The conference lanaguages are English and French.

Important notice: Organisers of Thematic Sessions (STS) and Working Groups (WGT) and Presenters of papers have to be mambers of the International Society for the Sociology of Religions (ISSR). Each participant may only present one paper at the conference.

Submission details available in the full call for papers:

CFP: The Quran and Islamic Tradition in Comparative Perspective unit of the ISBL welcomes proposals for both individual papers and pre-arranged panels at the international meeting at the University of St. Andrews, Scotland, July 7-11, 2013.

Suggested topics might include, but are not limited to:

*Prophets and miracles in Islam, Judaism, and Christianity – comparative perspectives

*Vocational journeys in Islamic and other religious traditions

*Parallels to biblical, Jewish, and Christian tradition in the Quran and Islamic literature

*The various discursive expressions of intercommunal exchange and relations, including both dialogue and polemic

We especially welcome papers of a theoretical or methodological nature that explore the ramifications of the comparative study of the Bible and Jewish and Christian tradition alongside the Quran and Islamic tradition.

Proposals for panels or individual papers can be submitted online at http://www.sbl-site.org/meetings/Internationalmeeting.aspx.

The deadline for submission of proposals is February 1, 2013. Please note that membership in the Society of Biblical Literature is required in order to submit a paper proposal.

Description:  How distinct is the concept of Enlightenment from the era of European history long taken to have discovered or invented it? This conference proposes an examination of Enlightenments in the plural, welcoming both revisionary accounts of the Age of Enlightenment and explorations of

Authoritative Traditions and Ritual Power in the Ancient World

The aim of this colloquium is to explore how authoritative texts, culture heroes, and authors were invoked ritually for cursing, protection, and divination in the ancient and late antique Near Eastern and Mediterranean world. The speakers represent a wide range of specializations in ancient ritual practice, including Egyptian, Near Eastern, Greek, Roman, Jewish, and Christian materials.

Authoritative Traditions and Ritual Power in the Ancient World”

10:30-11:15am: Michael Swartz (The Ohio State University), “Past and Future in Jewish Divination Traditions”

“Biblical Kingship, Imperial Ideology, and Ritual Power in The Testament of Solomon”

1:30-2:15pm: Joseph E. Sanzo (UCLA), “Beyond the Label: A New Approach to the Relationship Between ‘Christian’ Traditions and Ritual Power in Late Antiquity”

4:45-5:30pm: David Frankfurter (Boston University), “The Great, The Little, and the Authoritative Tradition in Magic of the Ancient World”

To register: WE ARE NOW TAKING PAYPAL BOOKINGS: www.inform.ac/seminar-payment

University of Saskatchewan – Asian History in Gender and Sexualities

Woolf Institute – Academic Director, Centre for the Study of

University of Sydney – LECTURER IN PHILOSOPHY

Department of Theology and Religion

Chair in the Study of Religion

It would be our pleasure to invite representatives of archives as well as other individuals interested in folklore archiving to join the network by contacting the co-ordinator Ave Goršič by e-mail at <avetupits@folklore.ee> by December 1, 2012. Your suggestions concerning the archive network are warmly welcome.

Some of the ideas concerning the network included: